Be first to read the latest tech news, Industry Leader's Insights, and CIO interviews of medium and large enterprises exclusively from The Cyber Security Review

Thank you for Subscribing to The Cyber Security Review Weekly Brief

As the electric vehicle (EV) market grows exponentially worldwide and gas prices keep surging, the demand for alternate transportation has reached new heights and shows no signs of slowing down. Consumers are looking for vehicles that don’t rely on fossil fuels and don’t hit their wallets as gas prices fluctuate.

But as the ownership of EVs increase, more charging options are needed, whether at home or on the road. British Petroleum and the Volkswagen Group recently partnered to install 4,000 EV fast chargers in Europe. These chargers will be connected to a low-voltage grid, which reduces the need for dedicated substations and pricey construction, which are considered the main hindrances to the expansion of charging stations worldwide.

However, as more charging stations get built for the growing EV market, the vulnerabilities of being hacked at these charging stations rise. Charging stations are potential targets because they’re connected to the internet and communicate with the cars, leaving both station and vehicle vulnerable to hacking and security concerns. As a result, cybersecurity for EVs has become a very important topic.

All vehicles, including internal combustion engines (ICE), have potential security risks, but smart vehicles have an advantage. They’re designed and built with powerful hardware and dedicated software to give the protection needed to the vehicles and the drivers.

As a pioneer and leading manufacturer of premium smart electric vehicles, NIO has listened to their users’ concerns and implemented an infrastructure to reduce security risks in their vehicles to protect their cars and users.

To do that, NIO’s cyber security team usesSeL4 technology to provide an even more secure solution to its cars and charging stations. A secure system originally used by BlackBerry, SeL4 is also known for its secure QNX Neutrino real-time operating system with many application areas.

What is Sel4?SeL4 is an operating system microkernel. Unlike application software, the SeL4 OS has exclusive access to a more privileged execution mode of the processor (kernel mode) that gives it direct access to hardware. Applications only ever execute in user mode and can only access hardware when allowed by the operating system.

SeL4 technology provides a secure foundation to answer the growing questions and need for cybersecurity safety and confidence. It offers an assurance for the security of smart vehicles, and through NIO’s Firmware Over the Air (FOTA), it can continuously upgrade the system to fix the security vulnerabilities and minimize cyber attack risks.

NIO actively defends, discovers, and protects potential and existing threats and attacks. As a result, security is essential in hardware and system design. The company also actively builds and improves the Simple Direct MediaLayer [SDL] platform to improve its code quality. In addition, NIO has built out an organizational structure to support these emerging threats. For example, they have emergency response systems and bug bounty programs that instantly use internal and external resources to respond to potential attacks and threats.

“As a pioneer and leading manufacturer of premium smart electric vehicles, NIO has listened to their users’ concerns and implemented an infrastructure to reduce security risks in their vehicles to protect their cars and users.”

The company’s award-winning Firmware Over the Air (FOTA) downloads data packets over a wireless network to update the system. It is the only car company that has developed a full end-to-end FOTA rollout entirely in-house. As a result, NIO’s FOTA can continuously upgrade the system, provide convenience and comfort to its users, fix security vulnerabilities, and improve smart EV security and practicality.

Furthermore, to minimize the cyber-attack risks of FOTA, NIO built its CodeSec platform. This checks the code quality, scans for security vulnerabilities, and tests de-fuzzing and penetration. In addition, NIO continuously conducts formal verifications to ensure that the FOTA protocol has no bugs and has built a security platform with a private VPN to ensure safe communication. 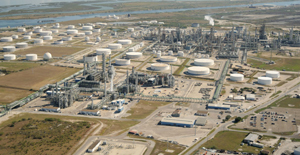 Improving the design and using hardware and system resources will be essential for security in smart vehicles. For example, NIO generally uses hardware as a Root of Trust (RoT) and accelerators to provide trusted environments. For system resources, NIO leverages these to build computing systems with data protection, access control, and threat detection & response, among others.

Ensuring information and data are secure and well-protected should always be one of the top priorities for any manufacturer. NIO has implemented this from the product design level. Any user-related information has the highest level of confidentiality. Risk analysis and improvements continue through the entire lifecycle. This includes information collection, transmission, usage, and processing to storage and destruction so that data is appropriately protected in every online and offline scenario.

Today’s smart cars have powerful modern hardware devices and software systems, which gives EV manufacturers, including NIO, enough space to deploy more advanced security defense mechanisms. However, though the challenges and opportunities coexist, they need to constantly improve the design and make full use of hardware and system resources for vehicles’– and owners’– security and peace of mind. 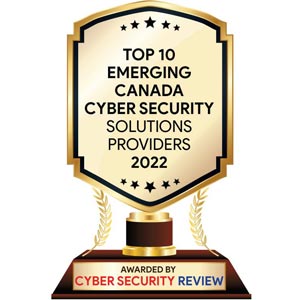 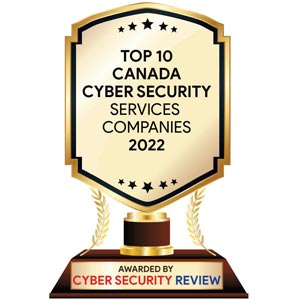 A Decryption of Cyber Security for Business and IT leaders

What it truly means for IT Security to be a business enabler.

A CISO's perspective, how do you collaborate and utilize cybersecurity value with your peers/stakeholders and influence the organisation?

The Importance of Senior Management Buy-in to Prioritize Cybersecurity Programs

However, if you would like to share the information in this article, you may use the link below: